“Solutions Journalism: Expanding the Climate Change Narrative, from the Arctic to Australia”

Elizabeth Arnold, Chair and Professor of Journalism, University of Alaska, and former NPR national correspondent, will address new ways to improve climate change coverage. The national media continue to sound the alarm about climate change, but the gloom and doom narrative may fail to engage the public in a meaningful way.  A former fellow at the Shorenstein Center, Arnold documented a pattern of reporting that conveys a catastrophic vision with little in the way of how individuals, communities and governments are responding. After a decade of reporting from some of the most remote areas of the Arctic, Arnold advocates a solutions-focused approach to more effectively communicating climate change around the world.

Please submit RSVPs via the link below.

Refreshments will be served. 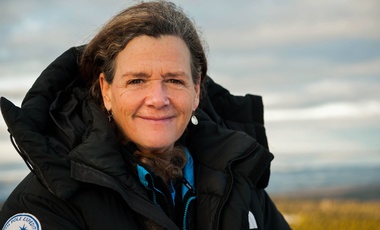 Elizabeth Arnold is Chair and Professor of Journalism at the University of Alaska Anchorage. She is a former U.S. National Public Radio (NPR) political correspondent and the Producer of arcticprofiles.com. Arnold’s public radio career spans more than 20 years. She was a familiar voice on Morning Edition and All Things Considered, and a regular presence on PBS Washington Week, covering Congress, the White House and the American West. Over the last decade, she has reported on the ecological and human impacts of global warming from some of the most remote areas of the Arctic. In 2018, she completed a fellowship at HKS’s Shorenstein Center on Media, Politics and Public Policy, where she researched the role of the press in effectively communicating climate change, specifically in the Arctic. Arnold has received numerous awards, including a DuPont Columbia Silver Baton and the Dirksen Award for Distinguished Reporting of Congress. Follow her on Twitter @EArnoldNPR.