A seminar with Jason Brownlee, Professor of Government at the University of Texas at Austin, entitled Incipient Autocrats or Illiberal Democrats? Catching Authoritarianism in Real Time. Moderated by Tarek Masoud, Sultan of Oman Professor of International Relations at Harvard Kennedy School. 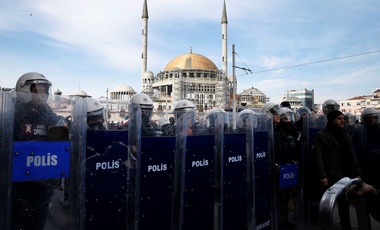 Is Hungarian Prime Minister Viktor Orbán an autocrat? What about Philippine President Rodrigo Duterte? Or Bangladeshi Prime Minister Sheikh Hasina? During the past twenty years, political scientists have improved the general understanding about how autocracies survive and operate — after those regimes have settled into clear types, e.g., military, personal, single-party. Meanwhile the field has struggled to assess the rise of authoritarianism before such clarity becomes available. For example, the alternation test provides limited leverage on the elected governments mentioned above, where chief executives appear to jeopardize turnover but not definitively preclude it. Such cases carry substantial importance for current scholars and practitioners. The problem is particularly acute when non-empirical prospective claims about democratic or authoritarian trajectories incentivize behaviors, such as coups and other disruptions, that preempt peaceful alternation. The present paper delineates this problem in cross-national and case study work. It then proposes a method for apprehending authoritarianism, in real time, based on recent electoral competitiveness and the scope of extra-judicial repression.