A discussion with Middle East Initiative Fellow Diana Buttu on the UN vote for Palestinian Statehood. 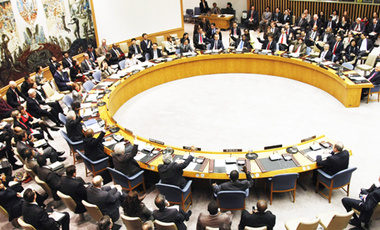 A discussion with Middle East Initiative Fellow Diana Buttu on the UN vote for Palestinian Statehood.

Diana Buttu is a fellow with the Middle East Initiative at the Belfer Center and an Eleanor Roosevelt visiting fellow at the Human Rights Program at Harvard Law School.

Ms. Buttu is a Palestinian-Canadian attorney and frequent commentator on Middle East politics.  She previously served as a legal advisor to the Palestinian negotiating team in its negotiations with Israel and later as an advisor to Palestinian President Mahmoud Abbas.