Syria: Implications for the Fall of the Regime and Beyond

A lecture by Dr. Najib Saliba, Professor of History at Worcester State College. 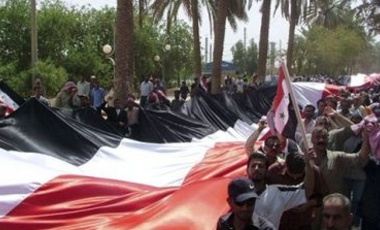 A lecture by Dr. Najib Saliba, Professor of History at Worcester State College.

Dr. Najib Saliba
Dr. Najib Saliba is a Professor of History at Worcester State College in Massachusetts.  At Worcester he teaches a variety of topics including Modern and Medieval Middle East History, Government and Politics of the Middle East and North Africa, International Relations, History of Western Civilization, History of World Civilization, Renaissance and Reformation, The U.S. and the Middle East and Arabic Language.  Dr. Saliba has written extensively about the Middle East, particularly about Syria and Lebanon; and the subject of his doctoral dissertation is “The Province of Syria: 1876-1909” with emphasis on administration, government and modernization.  His research and writing has also covered the functions of the Orthodox Church in the Near East, the Decline of Nasirism in Sadat’s Egypt, and the future of Christianity in Lebanon among others.  Dr. Saliba has extensive experience in translating between Arabic and English and he contributed to the authorship of Modern Standard Arabic: Intermediate Level.  Dr. Saliba has traveled extensively and conducted research in the Middle East and Europe.