Telling Black Stories | What We All Can Do

Seattle Seahawks wide receiver DK Metcalf recently announced that for the month of February, he would be using his social media presence to tell the story of Emmett Till, in honor of Black History Month. Emmett Till was a 14-year-old Black boy who was murdered in 1955 for allegedly flirting with a white woman. This panel will discuss the significance of truth-telling and the reconciliation that can result from the acknowledgment of this country's racialized history. Participants will learn about actions that each of us can take to ensure that we are engaging in critical conversations about race and justice, not just during this month but every day.

This event is co-sponsored with the Institutional Antiracism and Accountability Project at the Shorenstein Center and the Black Student Union.

While this virtual event is on the record, the event organizers prohibit any attendees, including journalists, from audio/visual recording or distributing parts or all of the event program without prior written authorization.

Registration is mandatory for this webinar. 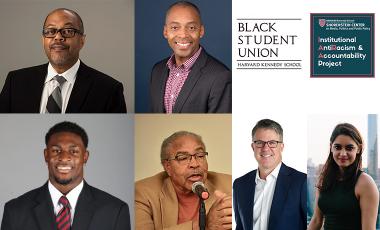 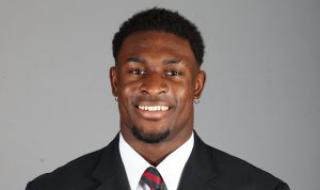 DeKaylin Zecharius "DK" Metcalf (born December 14, 1997) is an American football wide receiver for the Seattle Seahawks of the National Football League (NFL). He played college football at Ole Miss. Metcalf was born and raised in Oxford, Mississippi, where he played football both at Oxford High School and at the University of Mississippi, also known as Ole Miss. He played at Ole Miss for three seasons before declaring for the 2019 NFL Draft, where he was selected by the Seahawks in the second round. 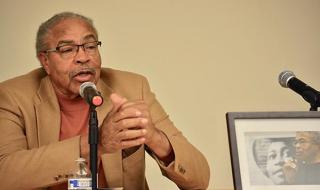 The Rev. Wheeler Parker, Jr. is Pastor of the Argo Temple Church of God in Christ in Summit, Illinois. He also is the cousin of Emmett Till, and the survivor of the infamous kidnapping and brutal murder of his best friend on August 28,1955. The pursuit of justice in this lynching has been a central part of Rev. Parker’s mission and ministry for years, as he has participated in the 2004 FBI investigation of Emmett Till’s murder and, with activist Alvin Sykes, participated in the development of congressional legislation that established a cold case unit at the Department of Justice and FBI to reopen unsolved civil rights era murders. Named the Emmett Till Unsolved Civil Rights Crime Act, it was signed into law by President George W. Bush, and reauthorized in perpetuity by President Barack H. Obama. As a public lecturer, Rev. Parker has presented in a variety of forums, including elementary, middle and secondary schools, and has led historical tours for social activists throughout the Mississippi Delta in connection with the Mississippi Center for Justice.  In 2017, Rev. Parker co-sponsored a reenactment of the 1955 trial by multiracial high school students who traveled from West Virginia to deliver a dramatic presentation of the murder trial transcript in the restored Tallahatchie County Courthouse.  Rev. Parker’s journey to justice has included a relentless advocacy for the truth, as he has been deeply disappointed by the many erroneous news, feature and documentary reports that have been produced. He has carried this commitment as a truth-bearer in his Pastorate at Argo Temple, the church Emmett’s grandmother helped to build, and in his work with students across the United States and in Belize. 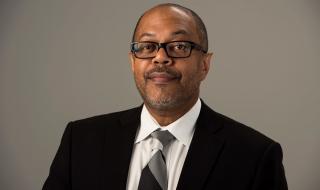 Kevin Merida is a senior vice president at ESPN and editor-in-chief of The Undefeated, a multimedia platform that explores the intersections of race, sports and culture. During his tenure at ESPN, Merida also has overseen the Investigative/News Enterprise unit, the television shows “E:60 “and “Outside the Lines,” and chaired ESPN’s Editorial Board.

Before launching The Undefeated in 2016, Merida spent 22 years at The Washington Post as a congressional correspondent, national political reporter, longform feature writer, magazine columnist, and senior editor in several roles. He led the national staff for four years during the Obama presidency, and was managing editor overseeing news and features coverage for three years. During his tenure as managing editor, he helped lead The Post to four Pulitzer Prizes.

Merida is co-author of “Supreme Discomfort: The Divided Soul of Clarence Thomas” and “Obama: The Historic Campaign in Photographs.” He is a contributor to and editor of the anthology, “Being A Black Man: At the Corner of Progress and Peril,” based on an award-winning Washington Post series.

Merida’s honors include being named “Journalist of the Year” in 2000 by the National Association of Black Journalists, receiving the Missouri Honors Medal for Distinguished Service in Journalism in 2018, and receiving NABJ’s Chuck Stone Lifetime Achievement Award in 2020. He also is a member of the Pulitzer Prize Board. 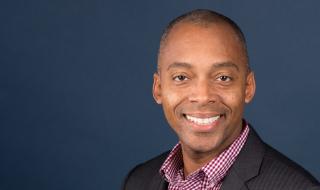 Khalil Gibran Muhammad is professor of History, Race and Public Policy at Harvard Kennedy School and the Suzanne Young Murray Professor at the Radcliffe Institute for Advanced Studies. He directs the Institutional Antiracism and Accountability Project and is the former Director of the Schomburg Center for Research in Black Culture, a division of the New York Public Library and the world’s leading library and archive of global black history. Before leading the Schomburg Center, Khalil was an associate professor at Indiana University.

Khalil’s scholarship examines the broad intersections of race, democracy, inequality and criminal justice in modern U.S. History. He is co-editor of “Constructing the Carceral State,” a special issue of the Journal of American History, and contributor to a National Research Council study, The Growth of Incarceration in the United States: Exploring Causes and Consequences (2014), as well as the author of The Condemnation of Blackness: Race, Crime, and the Making of Modern Urban America, which won the 2011 John Hope Franklin Best Book award in American Studies. Much of his work has been featured in national print and broadcast media outlets, including the New York Times, New Yorker, Washington Post, The Nation,National Public Radio, PBS Newshour, Moyers and Company, and MSNBC. He has appeared in a number of feature-length documentaries, including the Oscar-nominated 13th (2016) and Slavery by Another Name (2012). Khalil was an associate editor of The Journal of American History and prior Andrew W. Mellon fellow at the Vera Institute of Justice. He is a member of the Society of American Historians and the American Antiquarian Society. In 2017, he received the Distinguished Service Medal from Columbia University’s Teachers College. He holds two honorary doctorates and is on the boards of the Vera Institute of Justice, The Museum of Modern Art, The New York Historical Society, Cure Violence Global, Oliver Scholars, and The Nation magazine, as well as the advisory boards of Common Justice, The HistoryMakers and the Lapidus Center for the Study of Transatlantic Slavery. Khalil is an award-winning teacher at Harvard and has received numerous honors for his commitment to public engagement, including BPI Chicago’s Champion of the Public Interest Award (2018), The Fortune Society’s Game Changer Award (2017), Ebony Power 100 (2013), The Root 100 of Black Influencers (2012-2014), and Crain’s New York Business magazine 40 under 40 (2011). A native of Chicago’s South Side, Khalil graduated from the University of Pennsylvania with a B.A. in Economics in 1993, and then joined Deloitte & Touche, LLP, as a staff accountant until entering graduate school. He earned his Ph.D. in U.S. History from Rutgers University. 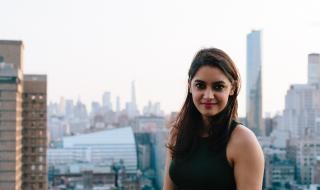 Ratna Gill is a first-year MPP Candidate at Harvard Kennedy School. She works at the Emmett Till Interpretive Center and is a member of the Institutional Anti-Racism and Accountability Project (IARA) at the Shorenstein Center. Prior to beginning her Masters, she headed the Communications & Government Advocacy at Aangan Trust, a nonprofit dedicated to preventing child trafficking and abuse in India. 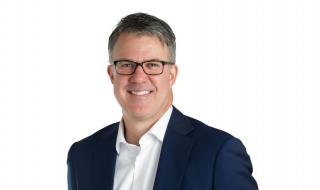 Eric Rosenbach is Co-Director of the Harvard Kennedy School’s Belfer Center for Science and International Affairs and a Kennedy School Public Policy Lecturer. Rosenbach previously served as the Pentagon’s Chief of Staff from 2015-17 and Assistant Secretary of Defense for Global Security, responsible for leading all aspects of the Department’s cyber activities and other key areas of defense policy.  On Capitol Hill, Rosenbach served as national security advisor for then Senator Chuck Hagel.

The Institutional Antiracism and Accountability (IARA) Project is a newly formed initiative at the Harvard Kennedy School of Government’s Shorenstein Center. IARA believes in working at the intersection of community, academia, and policy to address intellectual and practical questions as they relate to antiracism policy, practice, and institutional change. In order to create and sustain change, the goal of this project is to promote antiracism as a core value for organizations by critically evaluating structures and policies within institutions. The project aims to analytically examine the current field of antiracism with a lens on research and innovation, policy, dialogue, and community involvement.

Our vision is to be a leader in institutional antiracism research, policy, and advocacy, and propose structural change in institutions and media centered on antiracism work in the public, private, non-profit sectors and digital space. This work will focus on researching existing organizations that conduct antiracism training and development while analyzing their effectiveness and promoting best practices in the field. Additionally, we will study the implementation of antiracism work among institutions that self-identify as antiracist and promote accountability structures in order for them to achieve their goals.