The Tools of the Trade: Enabling Public Purpose in Science and Technology Policy

In this fireside chat, TAPP Fellow Jake Taylor will host members of the science and technology policy community to discuss their perspectives on the tools that matter most in enabling effective outcomes. The focus will be on challenges and opportunities unique to emerging technologies. 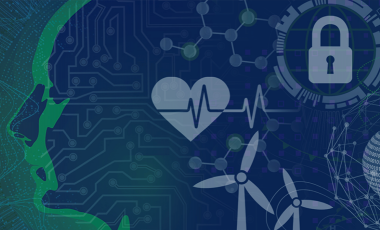 Tools of the Trade
About
Speaker and Moderator Biographies

In this fireside chat, former U.S. CTO Michael Kratsios will discuss his perspectives on the tools that matter most in enabling effective outcomes in science and technology for the benefit of the citizens of the United States. The focus will be on challenges and opportunities unique to emerging technologies. Two key themes will be explored. One considers the challenges in balancing the novel and positive outcomes from exploration and innovation with their potential negative externalities and risks, both societal and national. The other examines techniques, from stakeholder convenings to consortia to legislation, that can help accelerate technology and science progress while ensuring that the public’s interest and purpose in the outcomes are included. TAPP Fellow Jake Taylor will host.

Following the chat at 12:45 PM, Dr. Jennifer Shieh, Chief Scientist at the Small Business Administration, will join Jake to lead a discussion regarding the investment and innovation tools available that help the government and the private sector work towards technology development with a public purpose.

Jake Taylor, Technology and Public Purpose Fellow
A physicist by training, Taylor has been working in science and technology policy starting in 2017, when he became the first Assistant Director for Quantum Information Science at the White House Office of Science and Technology Policy. While there, where he led the creation and implementation of the National Quantum Initiative (quantum.gov) and the COVID-19 High Performance Computing Consortium (covid19-hpc-consortium.org). Now taking a year as a TAPP Fellow at Harvard's Belfer Center for Science and International Affairs, Jake is looking at how lessons learned in implementing science and tech policy for an emerging field can enable public purpose in other areas. He is the author of more than 150 peer reviewed scientific articles, a Fellow of the American Physical Society and the Optical Society of America, and recipient of the Silver and Gold medals from the Department of Commerce. He can be found on twitter @quantum_jake and at https://www.quantumjake.org.

Michael Kratsios served as the fourth Chief Technology Officer of the United States at The White House. As the President’s top technology advisor, Michael was unanimously confirmed by the U.S. Senate and led the development and execution of the Nation’s technology policy agenda for the entirety of the Administration.

Michael also served as Acting Under Secretary of Defense. As the third highest ranking official at the Department of Defense, Michael managed the largest R&D budget for a single organization in the world, supervising all research, engineering, development, and prototyping. He oversaw DARPA, the Missile Defense Agency, the Defense Innovation Unit, the Space Development Agency, and the DoD Laboratory enterprise.

Michael was named to Fortune’s “40 Under 40”, is a WEF Young Global Leader, and is a recipient of the DoD’s Distinguished Public Service Medal, the highest honorary award which can be conferred by the Department. Michael’s writings have appeared in The Wall Street Journal, The Washington Post, WIRED, Bloomberg, and Fortune.

A South Carolina native, Michael graduated from Princeton University and served as a Visiting Scholar at Beijing’s Tsinghua University.

Dr. Jennifer Shieh advances technology commercialization through the Small Business Innovation Research/Small Business Technology Transfer (SBIR/STTR) programs, building partnerships and coordinating policy across the 11 participating Federal agencies. She served as the Assistant Director for Entrepreneurship at the White House Office of Science and Technology Policy (OSTP), where she led national efforts to improve the transfer of federally-funded technologies from lab-to-market, advance Federal agency coordination on R&D infrastructure, and champion open innovation through prizes and citizen science. Previously, she managed the Small Business Program for the National Heart, Lung, and Blood Institute (NHLBI) and served as a Program Director at the National Cancer Institute (NCI) SBIR Development Center, having joined NCI as a AAAS Science and Technology Policy Fellow. She was involved in product and customer development at Syapse, a precision medicine-focused startup, and mobile games startup Subversus Interactive. Dr. Shieh studied brain and cognitive sciences at MIT, then earned her PhD in neurosciences at Stanford University. She is co-author of the textbook Guide to Research Techniques in Neuroscience.