"Turkey’s Nationalism Conundrum: Religious Freedom and Beyond" with Elizabeth Prodromou 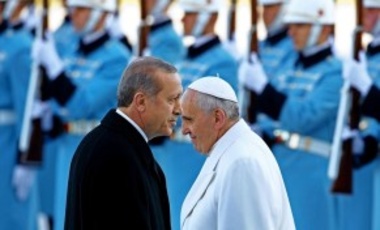 Turkey’s Nationalism Conundrum: Religious Freedom and Decline of Christian Communities and a Move Beyond Secularist and Islamist Authoritarian Logics

This paper offers an exposition of the religious freedom history of Turkey’s Christian communities that turns on a critical exposition of the country’s hegemonic nationalist options of secularism and Islamism, both of which engage problematically with the realities of social pluralism.  The historiographical revolution and sociopolitical debates underway today in Turkey offer the possibility for renegotiating nationalism in a manner that interrupts the steady trajectory of decline and erasure of the country’s Christian populations. Furthermore, the Turkish case broadens understandings of processes of religious and social homogenization, as well as for developing durable comparative responses to the causal threats to the survival, of ancient Christian communities and other small religious communities throughout the Near East.

Dr. Elizabeth H. Prodromou is Visiting Associate Professor of Conflict Resolution at The Fletcher School for Law & Diplomacy (Tufts University), where she teaches in the Program in International Negotiation and Conflict Resolution. She is Co-Chair of the Eastern Mediterranean and Europe Study Group at Harvard University’s CES, a scholar-practitioner group exploring the geopolitics of energy and the geopolitics of identity as they relate to the interactions between the Eastern Mediterranean and Europe. Before coming to Fletcher, Prodromou served a senior diplomatic appointment as Vice Chair and Commissioner on the U.S. Commission on International Religious Freedom (2004-2012). She is a member of the U.S. Secretary of State’s Religion & Foreign Policy Working Group, since 2011, serving on the Subgroup on International Religious Freedom, Democracy, and Security in the Middle East and North Africa. She is a Senior Non-Resident Fellow at The Hedayah International Center of Excellence for Countering Violent Extremism (Abu Dhabi). Her research deals with issues of religious freedom, democratization, and security threats, with particular focus on comparative religio-political regimes in the Near East and on Transatlantic responses to religious radicalism.  Published widely in scholarly and policy journals and international media, she has been involved in research and advisory work for international and non-governmental organizations on religious freedom rights, and has been active in inter-faith and ecumenical initiatives in the United States, Europe, and the Mideast. Her current research focuses on the democracy effects of secularist and religious nationalisms, as well as on response strategies of religious institutions to state repression and persecution.  She holds a Ph.D. and an S.M. in political science from MIT. She was awarded a Distinguished Service Award by the Tufts University Alumni Association in 2008, and she serves on the editorial boards of several academic and policy journals.