Undermining Our Own Security: U.S. Policies in the Middle East and Beyond

A discussion with Glenn Greenwald, Contributing Writer at Salon.com and author of How Would a Patriot Act? and A Tragic Legacy 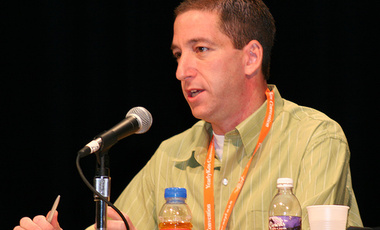 A discussion with Glenn Greenwald on American foreign policy in the Middle East and South Asia.

Glenn Greenwald is a former constitutional lawyer and currently a Contributing Writer at Salon.com, where he writes one of the most widely read political and legal blogs on the Internet.  He is the author of two New York Times bestselling books:  How Would a Patriot Act?, which critiqued the Bush administration’s radical theories of executive power, and A Tragic Legacy, which examined the enduring harms of the Bush presidency.

In 2009, he received the first annual Izzy Award for excellence in independent journalism – named after legendary journalist I.F. “Izzy” Stone -- from the Park Center for Media.  In 2010, he received the Online Journalism Award for excellence in Online Commentary from the Online News Association and the University of Miami’s School of Communication.  And in 2011, he was named as a Finalist for the Excellence in Political Blogging Award for the National Magazine Awards for Digital Media (winners to be announced in April).

Greenwald, a graduate of George Washington University and New York University Law School, frequently appears on television and radio to discuss political and legal topics.   He has been a guest on ABC News’ This Week Sunday show, PBS’ Bill Moyers’ Journal, The Colbert Report, and multiple times on Morning Joe, The Rachel Maddow Show, and The Last Word with Lawrence O’Donnell.  He was named the 22nd’ most influential political commentator in America by The Atlantic, one of the 40 most popular political pundits by New York Magazine, and one of the 25 most influential liberals in the American media by Forbes.

This event is co-sponsored by the Joan Shorenstein Center on the Press and the HKS Progressive Caucus.

**Please note that this event is now in Starr Auditorium.**