The U.S.-China Strategic Competition: Beyond the Rhetoric

Please join the Defense Project for a conversation with LTG (ret.) Charles Hooper Former Director of the Defense Security Cooperation Agency, and Former Defense Attache in Beijing. In this session, Hooper will speak about his perspectives on U.S.-China Strategic Competition. He will argue that despite the incendiary language emanating from all sides of the U.S. political spectrum, as well as from China, we must analyze the U.S.-China rivalry rationally, factually, and dispassionately.  The stakes are too high for heated political rhetoric to shape our decision-making. 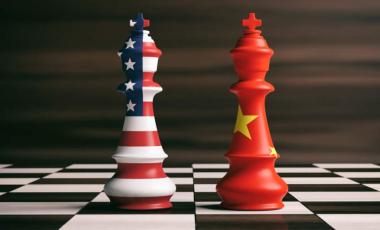 Lieutenant General (ret.) Charles Hooper is the Former  Director of the Defense Security Cooperation Agency. A native of Willingboro, New Jersey, he was commissioned in 1979 as an infantryman. LTG Hooper has served in command and staff assignments in the U.S. Army Armor Center, the 25th Infantry Division, the 82nd Airborne Division and the U.S. Army Recruiting Command. His political-military assignments include: Assistant Army Attaché to the People's Republic of China, U.S. Embassy Beijing, China; Deputy Division Chief, War Plans Division, G35, Army Staff; Senior Country Director for China, Taiwan and Mongolia Policy, Office of the Secretary of Defense; Chief, Army International Affairs Division, G35, Army Staff; and as an instructor at the Naval Postgraduate School in Monterey, California. In 2007, LTG Hooper was promoted to brigadier general and appointed the U.S. Defense Attaché to the People's Republic of China serving from 2007 until 2009. He then served as the Deputy Director for Strategic Planning and Policy, J-5, United States Pacific Command from 2009 to 2011. LTG Hooper was promoted to major general in 2011 and served as the Director of Strategy, Plans, and Programs, J5, United States Africa Command from August 2011 until March 2014. From July 2014 until June 2017, LTG Hooper was Senior U.S. Defense Official/U.S. Defense Attaché and Chief, Office of Military Cooperation, U.S. Embassy Cairo, Arab Republic of Egypt. LTG Hooper is the senior U.S. Army Foreign Area Officer and has almost 16 years of security cooperation, security assistance and military attaché experience.

LTG Hooper is a graduate of the United States Military Academy at West Point and earned a Master of Public Administration (MPA) degree from Harvard University in 1989. While at Harvard, LTG Hooper was awarded the Don K. Price Award for Academic Excellence and Public Service and was selected to give the graduate student address at the 1989 Harvard Commencement. In 2005, he returned to Harvard University as a Senior Research Fellow at the Weatherhead Center for International Affairs. He is also a graduate of the U.S. Army War College and the UK Ministry of Defense Chinese Language School, Hong Kong. He has earned the Ranger Tab, the Expert Infantryman Badge, Senior Parachutist Badge, Air Assault Badge, Army Recruiter Badge and the French National Defense Medal. In addition, LTG Hooper is fluent in the Mandarin dialect of the Chinese language; the national language of China.