U.S.-European Relations: Where Do We Stand?

Although the initial turbulence in U.S.-European relations caused by the withdrawal from Afghanistan and the AUKUS agreement have subsided, challenges remain as both sides redefine their roles and relationship to adjust to a fast-changing international environment. This applies to a multitude of issues, including European security, relations to China, and climate change policy. This seminar will weigh in on the question of where U.S.-European relations stand today, and where they may be headed in the future.

This seminar is part of the Minda de Guzburg Center for European Studies' European Union Seminar and is co-sponsored by the Project on Europe and the Transatlantic Relationship. 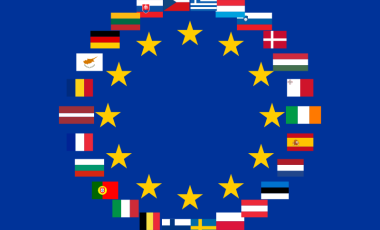 GDJ/ Openclipart
Flags of the EU

Thierry de Montbrial founded the French Institute of International Relations (Institut français des relations internationales, Ifri) in 1979. He has been its President since then.

In 2008, he launched the World Policy Conference. He is a former Professor at the Ecole Polytechnique since 1974 and chaired its Department of Economics between 1974 and 1992. He is Professor Emeritus at the Conservatoire National des Arts et Métiers. He was the Chairman of the French-Austrian Center for European Economic Convergence (1985-2015).

He serves on the International Advisory Board of Lafarge and chairs the International Advisory Board of OCP Group (Morocco). He is on the Board of Directors of Renault Foundation. He was a member of the Steering Committee of the Bilderberg Meetings (1976-2012). He was a member of the Consultative Board to the WTO Director-General, Geneva (2004-2005) and a committee member for the French White Paper on Defence and Security (1993-1994; 2007-2008).

Joseph S. Nye Jr. is a University Distinguished Service Professor, Emeritus at Harvard University and former Dean of the Harvard's Kennedy School of Government. He received his bachelor's degree summa cum laude from Princeton University,won a Rhodes Scholarship to Oxford University, and earned a PhD in political science from Harvard. He has served as Assistant Secretary of Defense for International Security Affairs, Chair of the National Intelligence Council, and Deputy Under Secretary of State for Security Assistance, Science and Technology. His most recent books include The Power to Lead; The Future of Power; Presidential Leadership and the Creation of the American Era; and Is the American Century Over. He is a fellow of the American Academy of Arts and Sciences, the British Academy, and the American Academy of Diplomacy. In a recent survey of international relations scholars, he was ranked as the most influential scholar on American foreign policy, and in 2011, Foreign Policy named him one of the top 100 Global  Thinkers.

Vivien Schmidt is Jean Monnet Professor of European Integration and Professor of International Relations and Political Science in the Pardee School at Boston University. At CES, Schmidt is Co-Chair of the European Union seminar. She is also Honorary Professor at LUISS Guido Carli University in Rome.  Recent books include Europe’s Crisis of Legitimacy:  Governing by Rules and Ruling by Numbers in the Eurozone (OUP 2019), Resilient Liberalism in Europe’s Political Economy (with M. Thatcher, 2013), and Democracy in Europe (OUP 2006), named by the European Parliament as one of the ‘100 Books on Europe to Remember.’  Recent awards include decoration as Chevalier in the French Legion of Honor, the European Union Studies Association’s Lifetime Achievement Award, and a Guggenheim Foundation Fellowship for her current project on the “Rhetoric of Discontent: A transatlantic comparison of the rise of populism.”