U.S. Policy in the Middle East After the Iran Deal - AT CAPACITY

This event is currently at capacity. You may add your name to the waiting list at the link in the full event description. 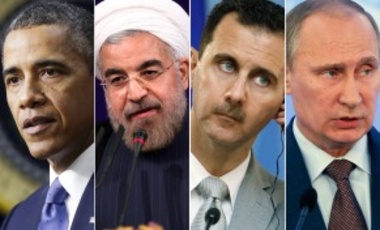 Admission by RSVP only. EVENT IS AT CAPACITY. You may add your name to the wait list by clicking here.

In the aftermath of the Iran nuclear deal, the Obama administration faces continued challenges in defining America's overall strategy in the Middle East. At a time of continued tensions between leading regional powers including Iran, Saudi Arabia, and Turkey, how should the United States reposition itself in the region? What do the latest actions by Russia in Syria mean for these regional dynamics and the campaign to counter ISIS? Please join us for a discussion on U.S. policy in the Middle East after the Iran nuclear deal with Brian Katulis, senior fellow at the Center for American Progress, a progressive think tank in Washington DC.

A light breakfast will be served.

Co-sponsored by the Belfer Center's Iran Project and the Center for European Studies Eastern Mediterranean and Europe Study Group.