Who's Afraid of the Bomb? Why States Fight Nuclear Opponents 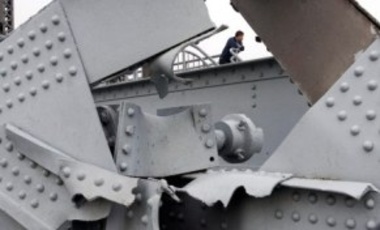 AP Photo
A Chinese man is framed by the remains of the Yalu River Broken Bridge which was bombed by U.S. forces during the Korean War near Dandong, China, Oct. 19, 2006. On Oct. 19, 1950, China sent hundreds of thousands of "volunteers" to the aid of North Korea.
About

This presentation asks why states without nuclear weapons fight opponents with nuclear weapons. The presentation critically examines the claim that states believe opponents will not use nuclear weapons in conflict. It argues instead that two conditions make war more likely. First, when there is a direct threat to core security interests. Second, when the non-nuclear state believes an outside actor can help restrain nuclear use in the upcoming conflict. An examination of three cases—Soviet behavior during the early Cold War, the Chinese decision to enter the Korean War, and the Iraqi decision to resist the United States in 1991—provides support for these claims.