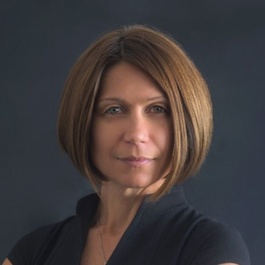 Mariana Budjeryn is a Research Associate with the Project on Managing the Atom (MTA) at the Harvard Kennedy School’s Belfer Center. Formerly, she held appointments as a Stanton Nuclear Security Fellow at MTA, a fellow at Harvard Davis Center for Russian and Eurasian Studies, and as a visiting professor at Tufts University and Peace Research Institute Frankfurt. Mariana’s research focuses on the international non-proliferation regime, arms control, and post-Soviet nuclear history. Her analytical contributions appeared in The Nonproliferation Review, Harvard International Review, World Affairs Journal, Arms Control Today, The Washington Post, Bulletin of the Atomic Scientists, War on the Rocks, and in the publications of the Woodrow Wilson International Center for Scholars where she is a Global Fellow. Mariana’s book Inheriting the Bomb: Soviet Collapse and Nuclear Disarmament of Ukraine is forthcoming in 2022 with Johns Hopkins University Press. She holds a PhD in Political Science, an MA in International Relations from Central European University (formerly) in Budapest, Hungary, and a BA in Political Science from the Kyiv-Mohyla Academy in Ukraine.