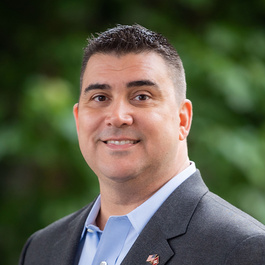 Colonel Pete Tortorici is an Air Force intelligence officer who recently commanded the 23d Intelligence Squadron, 655th Intelligence Surveillance and Reconnaissance Wing, at Joint Base San Antonio, Texas.  Previously, Pete was the Deputy Director for Intelligence, Surveillance, and Reconnaissance Operations, NATO RESOLUTE SUPPORT Headquarters, Kabul Afghanistan, where he was responsible for integration and collection from 200+ joint and coalition assets across the Combined Joint Operations Area - Afghanistan.  He also served as the Director of Operations, 50th Intelligence Squadron, Beale Air Force Base, California and Senior Intelligence Officer, 310th Space Wing, Schriever Air Force Base, Colorado.  Pete deployed multiple times to the Southwest Asia area of responsibility in support of Operation Enduring Freedom/Operation Iraqi Freedom during ongoing contingency operations.  Pete holds a Bachelor of Arts degree in Political Science from the Citadel, a Master in Business Administration and a Master of Science in Project Management from the Citadel, and a Master of Military Operational Art and Science from Air Command and Staff College. His research interests include intelligence applications of machine learning and crisis decision making.