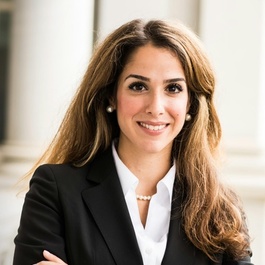 Sahar Nowrouzzadeh is an Associate with the Project on Managing the Atom at the Harvard Kennedy School’s Belfer Center for Science and International Affairs. She was formerly a Research Fellow at the Belfer Center from 2017 to 2019 where her research focused on Iran’s leadership decision-making and nuclear program. Beginning her tenure as a career civil servant within the U.S. government in 2005, she has focused on Iran under three U.S. administrations. She was charged with covering the Iran portfolio on the Secretary of State’s Policy Planning Staff between 2016 and 2017 and served as a Director for Iran and Iran Nuclear Implementation on the White House National Security Council (NSC) Staff from 2014 to 2016. At the NSC, she was part of President Obama’s team responsible for supporting the negotiation and implementation of the Joint Comprehensive Plan of Action (JCPOA) reached between the P5+1, the European Union and Iran in 2015. She also previously served as a Team Chief and Analyst at the U.S. Department of Defense and a Foreign Affairs Officer and an interim Persian Language Spokesperson at the U.S. Department of State. She is the recipient of such awards as the State Department Superior Honor Award, a National Intelligence Meritorious Unit Citation and the Secretary of Defense Medal for the Global War on Terrorism.

Sahar is currently on a sabbatical from the U.S. Department of State for education and is pursuing her PhD in Political Science at Boston University. She earned her master’s degree in Persian Studies from the University of Maryland-College Park in 2007 and her bachelor’s degree in International Affairs with a double concentration in International Economics and Middle East Studies from the Elliott School of International Affairs at the George Washington University in 2005. Sahar knows several languages, including Persian, Spanish and Arabic. She was born and raised in Connecticut.