The Geopolitics of Energy Project explores the intersection of energy, security, and international politics.  The project, launched in 2011, aims to improve our understanding of how energy demand and supply shape international politics – and vice versa.  It also endeavors to inform policymakers and students about major challenges to global energy security and, where possible, to propose new ways of thinking about and addressing these issues.  The project focuses both on conventional and alternative energies, as both will influence and be influenced by geopolitical realities.

The Geopolitics of Energy Project explores the intersection of energy, security, and international politics.  The project, launched in 2011, aims to improve our understanding of how energy demand and supply shape international politics – and vice versa.  It also endeavors to inform policymakers and students about major challenges to global energy security and, where possible, to propose new ways of thinking about and addressing these issues.  The project focuses both on conventional and alternative energies, as both will influence and be influenced by geopolitical realities.

The project begins from the premise that energy has long shaped the international system, determining great powers, alliances, and outcomes of wars. Coal-rich countries were the first to industrialize in the 1800s; the shift to oil from coal over the next century brought with it a rise in the strategic importance of the Middle East.  Similarly, decisions made about energy today will influence what the world looks like tomorrow, just as the political and security events of today – be it the Arab Spring or the devastating earthquake and tsunami in Japan – will shape energy realities.

Harvard's Geopolitics of Energy Project posits that the coming decades will be characterized by dual impulses in the energy realm. Despite the desire to move away from fossil fuels, oil and gas will remain dominant in the global energy mix – and the energy world will continue to be consumed by the need to find oil and gas to meet growing global demand.  Politics and security will be intimately interwoven in this quest.  At the same, climate and security pressures are real and, over time, technology and policy will enable the world to move away from fossil fuels to more sustainable and clean energy sources.  As has been the case throughout the course of history, this shift in the global energy mix will bring with it major political and security changes.  Together, these two factors – the drive to find oil and gas and the shift toward alternative energies – will be important determinants of the world in which we live.

History shows us how the geopolitics of energy have evolved as new discoveries were made and institutional, economic and technological changes occurred.  Today, policymakers, business people, and scholars face a number of new realities in assessing the energy system:

These factors will bring with them a host of geopolitical consequences, some which may include:

The Geopolitics of Energy Project at the Harvard Kennedy School's Belfer Center for Science and International Affairs endeavors to address such issues.  The project does so by starting with rigorous efforts to understand past and current linkages between global politics, economics, and security and energy, expanding them over time to explore and explain geopolitical risks and benefits of the energy transitions ahead.  The project builds on previous significant work in this field at the Harvard Kennedy School, such as the Energy and Security research program led by Professor Joseph S. Nye, Jr. and Professor David A. Deese in the late 1970s.

The Geopolitics of Energy Project explores the intersection of energy, security and international politics. The project aims to improve our understanding of how energy demand and supply shape international politics and inform policymakers and students about major challenges to global energy security. The current research focuses on three major areas: the geopolitics of natural gas, the Middle East and energy, and national oil companies.

The Geopolitics of Natural Gas

Some of the most dramatic energy developments of recent years have been in the realm of natural gas.  Huge quantities of unconventional U.S. shale gas are now commercially viable, changing the strategic picture for the United States by making it self-sufficient in natural gas for the foreseeable future.  This development alone has reverberated throughout the globe, causing shifts in patterns of trade and leading other countries in Europe and Asia to explore their own shale gas potential.  Such developments are putting pressure on longstanding arrangements, such as oil-linked gas contracts and the separate nature of North American, European, and Asian gas markets, and may lead to strategic shifts, such as the weakening of Russia’s dominance in the European gas market.

Against this backdrop, Harvard’s Geopolitics of Energy Project has launched a two-year study on the geopolitical implications of natural gas.  The project is partnering with Rice University in this endeavor, bringing together experts from academia and industry to explore the potential for new quantities of conventional and unconventional natural gas reaching global markets in the years ahead.  The effort will drawn on nearly a dozen country experts of producer and consumer countries who will assess the prospects for gas consumption and production in the country in question, based on anticipated political, economic, and policy trends.  Drawing on these case studies, the project will formulate different scenarios and use a global gas model to assess the cumulative impact of country-specific changes on the global gas market and geopolitics more broadly.

The Middle East and Energy

Since the discovery of oil in Persia in 1908, the Middle East has been central to energy.  For decades, a mainstay of U.S. foreign policy was tolerance of and support for undemocratic regimes in exchange for commitments to maintain access to oil at reasonable prices.   The events of September 11, 2001 challenged this “compact” between many Middle Eastern regimes and the United States; the overthrow of Saddam and now the events of the Arab Spring are reshaping the politics of the region.  U.S. energy diplomacy in the Middle East remains important, but its contours are much more uncertain.  The Arab Spring threatens to bring with it not only production disruptions, but more unpredictable politics and greater resource nationalism.

Over time, the Harvard Geopolitics of Energy Project aims to examine the multitude of ways in which changes in the Middle East will shape the future of energy.  Currently, its work is focused on Iraq, exploring how the political prospects of that country are inherently connected to its ability to reach its energy potential.  Beyond assessing these linkages, the project is assessing how Iraq’s efforts to resuscitate its oil industry could allow Baghdad to re-establish its regional presence, could challenge decades-old patterns of interaction in the Middle East, and might threaten the viability or efficacy of institutions such as OPEC. 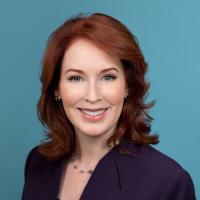 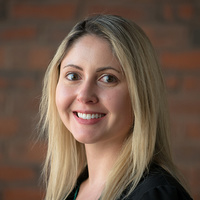