Cambridge, Massachusetts – We are pleased to announce that Spanish diplomat José Luis Rodríguez de Colmenares has been appointed the Rafael del Pino-Spanish Ministry of Foreign Affairs Fellow with the Harvard Kennedy School’s Project on Europe and the Transatlantic Relationship for the 2020-21 academic year.

Colmenares has served as Deputy Director General for International Economic Relations at the Ministry of Foreign Affairs of Spain, and he has held posts in the Embassies of Spain in Budapest, Vienna, Belgrade, Zagreb, and Seoul. He is a graduate of the University of Cambridge’s Trinity College and Columbia University’s School of International and Public Affairs. Before entering the diplomatic service, he worked for the law firm of Winthrop, Stimson, Putnam & Roberts in their Banking, Structured Finance, and International Commercial Transactions Departments.

“Our students and faculty will benefit from the experience and insights of JoséLuis Rodríguez de Colmenares at the Kennedy School this year,” said Faculty Chair Nicholas Burns. “We are grateful to the Rafael del Pino Foundation for its generosity in funding this fellowship."

During his fellowship, Colmenares will write a research publication on populism in Europe and its significance in Spanish foreign policy and transatlantic relations. In addition, he will speak to Harvard students, faculty, and fellows about this topic in seminars and mentor Harvard Kennedy School students with an interest in diplomacy.

The Rafael del Pino-Spanish Ministry of Foreign Affairs Fellowship is a joint collaboration between the Project on Europe, the Rafael del Pino Foundation, and the Ministry of Foreign Affairs of Spain. Through this fellowship, the Project on Europe hosts senior Spanish diplomats at Harvard Kennedy School so they can pursue their research interests and engage with the Harvard community. 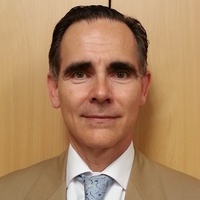