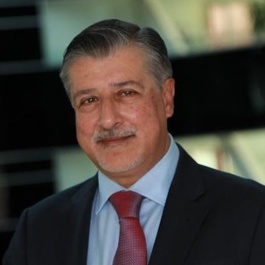 Adnan Amin is a Senior Fellow at Harvard Kennedy School's Belfer Center where he works on the Geopolitics of Energy Project. Following a distinguished career at the United Nations which included leading UN reform for system wide coherence and as head of the UN System Chief Executives Board Secretariat in New York, he was elected as the first Director General of the International Renewable Energy Agency. IRENA is the first universal treaty-based multilateral organization headquartered in the Middle East in Abu Dhabi, UAE, and which participates regularly in the work of institutions such as the G7, G20 and the United Nations. As DG, Adnan led the building of a new institution to support the international community in the transition to a sustainable energy future, turning the agency into a leading player in the global energy transition based on its cutting edge analytical, technical, and advisory services to member countries. He will bring the insights gained over the last 8 years at the forefront of international efforts to advance renewable energy and the analysis of the geopolitical implications of the global energy transition to advance the work of the center in this field.