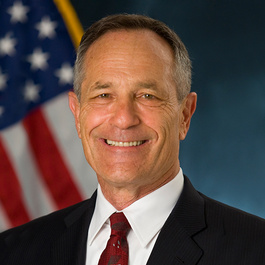 Alan Bersin served as Assistant Secretary for Policy & International Affairs and Chief Diplomatic Officer in the U.S. Department of Homeland Security (DHS). In those capacities, Bersin led and oversaw DHS’s international engagement, served as the principal advisor to the Secretary in all matters pertaining to international affairs, and was responsible for leading the Department’s strategic planning and policy formulation functions. Between 2012 and 2015, Bersin served as Vice President of INTERPOL for the Americas Region and as a member of the INTERPOL Executive Committee. He served through 2016 as Chair of the Advisory Committee for the International Policing Division Steering Committee of the International Association of Chiefs of Police (IACP).

From 2010 to 2012, Bersin served as Commissioner of U.S. Customs and Border Protection, a position in which he oversaw the operations of CBP’s 58,000-employee work force and managed an operating budget of more than $12   billion. Bersin guided CBP’s efforts to secure the nation’s borders and mitigate threats while expediting lawful trade and travel. In 2009, Bersin served as Assistant Secretary and Special Representative for Border Affairs in the Department of Homeland Security. In this capacity, he served as lead representative for DHS on border affairs and strategy regarding security, immigration, narcotics, and trade matters and coordinated the Department’s security initiatives along the   nation’s borders.

Prior to his service with DHS, Bersin served as Chairman of the San Diego County Regional Airport Authority, appointed by San Diego Mayor Jerry Sanders and confirmed by the San Diego City Council in December 2006. Between July 2005 and December 2006, Mr. Bersin served as California’s Secretary of Education in the Administration of Governor Arnold Schwarzenegger. Governor Schwarzenegger also appointed Mr. Bersin to the State Board of Education, where until 2009 he served as a member confirmed by the California State Senate. Between 1998 and 2005, Bersin served as Superintendent of Public Education in San Diego, where he launched a major reorganization of the nation’s eighth-largest urban school district to focus its resources strategically on instruction and the modernization of business infrastructure in order to support teaching and learning in the classroom. In a related capacity statewide, Mr. Bersin served between 2000 and 2003 as a member and then Chairman of the California Commission on Teacher Credentialing. Prior to becoming Superintendent in San Diego, Bersin was appointed by President Bill Clinton to serve as the United States Attorney for the Southern District of California. Mr. Bersin served as U.S. Attorney for nearly five years and as the Attorney General’s Southwest Border Representative responsible for coordinating federal law enforcement on the border from South Texas to Southern California.

Before his public service, Mr. Bersin was a senior partner in the Los Angeles law firm of Munger, Tolles & Olson, where he served on the firm’s policy and compensation committees, chaired the committee overseeing the firm’s extensive program of pro bono legal services, and was principally responsible for developing the firm’s then innovative paralegal program. At Munger, Tolles & Olson, Mr. Bersin specialized in complex RICO, securities, commercial and insurance litigation before state and federal trial and appellate courts. He is a member of the California and Alaska bars.

Other professional experience includes employment as Special Counsel to the Los Angeles Police Commission, as Visiting Professor of Law at the University of San Diego School of Law, as an adjunct professor of law at Boalt Hall, University of California, Berkeley, and at the University of Southern California Law Centers and as a Lecturer at the Stanford University Graduate School of Education. Mr. Bersin served as a member of the Board of Overseers for Harvard University (2004- 2010) and the Chair of the Visiting Committee for the Harvard Graduate School of Education (2007-2010). He is a member of the Council on Foreign Relations and the Pacific Council on International Policy.

In 1968, Mr. Bersin received his A.B. in Government from Harvard University (magna cum laude). He was elected to the Phi Beta Kappa National Honor Society and awarded post-graduate scholarships by the National Collegiate Athletic Association and the National Football Hall of Fame. While at Harvard, Mr. Bersin was selected as a member of the All- Ivy, All-New England and All-East football teams and was inducted into the Harvard Varsity Club Hall of Fame in 1995. From 1969 to1971, Mr. Bersin attended Balliol College at Oxford University as a Rhodes Scholar. In 1974, he received his J.D. from the Yale Law School. Mr. Bersin was awarded the degree of Doctor of Laws (Honorary) by the University of San Diego in 1994, by California Western School of Law in 1996, and by the Thomas Jefferson School of Law in 2000. He is fluent in Spanish.