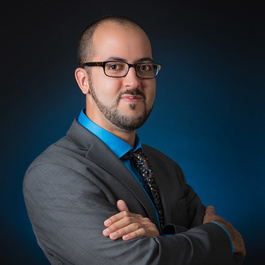 Alexei Abrahams was a postdoctoral research fellow at the Belfer Center’s Middle East Initiative, studying the Israel-Palestine Conflict during the 2016-2017 academic year. He researches conflict from an economics perspective, focusing on the Middle East and especially the Palestinian issue. In current work with Eli Berman, he is using natural language parsing techniques to study the principal-agent relationship between Israel and the Palestinian Authorities of the West Bank and Gaza Strip. Along with several World Bank researchers he is using GIS techniques to estimate the economic consequences of Israeli checkpoints and roadblocks deployed inside of the West Bank during the Second Intifada. Part of Alexei's empirical work exploits nighttime lights satellite imagery as a proxy for economic activity, and he has coauthored an article partially funded by the World Bank to develop a method of deblurring these imagery. Prior to joining the Belfer Center, Alexei was a postdoctoral scholar at the Institute on Global Conflict Cooperation and Department of Economics, University of California - San Diego. He received his PhD in Economics from Brown University in May 2015.

View more of Alexei's work on his personal website.