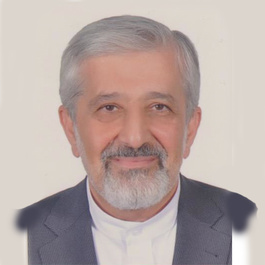 Ali Asghar Soltanieh is a former Associate with the Project on Managing the Atom. Soltanieh was Iran's ambassador to theInternational Atomic Energy Agency in Vienna. His term as ambassador ended on 1 September 2013. Soltanieh is a nuclear physicist by training and worked as associate professor at faculties of science and international relations in various universities between 1988 and 1997. He taught courses in nuclear physics. In the 1990s he was involved, as a nuclear physicist and senior diplomat, in the capacity of special envoy, delegate, chief negotiator, and invited speaker in numerous international events on disarmament and international security, such as NPT, CWC, BWC, CTBT, CCW, and has worked closely with the relevant international scientific and technical organizations such as UN, IAEA, OPCW, and other specialized international organizations such as WHO,ILO, Inter-Parliamentary Union (IPU), QIC, WMO, TWAS and ICDO. He has published several papers in aforementioned areas.