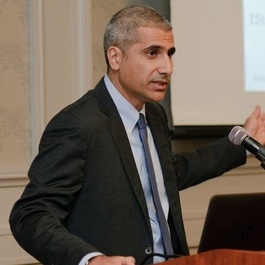 As Head of the Budgets Department at the Ministry of Finance, Amir Levi manages the state budget through Government and Knesset plenum, setting fiscal policy targets, the budget framework, deficit target and economic reform programs. He is responsible for structural priorities such as increasing competition and addressing the cost of living, integrating Israeli Arabs and the Ultra-Orthodox community into the economy, increasing productivity and innovation, developing transportation infrastructure and systems, gas and water, public health, and the security budget. In this capacity, he was the Lead Architect of Government Resolution 922, the ground-breaking five-year economic development plan for Arab citizens, and continues to see its budget allocation and implementation. Amir Levi has been serving as the Director of the Budgets Department since 2013, after having served in a number of key positions at the Ministry of Finance between 1996-2006, including Deputy Budget Supervisor, Communication and Tourism Coordinator, and Industry Referant responsible for the budget of the Ministry of Industry and Trade. Between the years 2006 and 2013, Mr. Levi was the CEO of Shikun & Binui Renewable Energy, a company that initiates, constructs and operates power stations, especially Solar, in Israel and abroad. He has been lecturing on macroeconomic policy issues at the Hebrew University of Jerusalem since 2015. Mr. Levi has served on the Board of Directors of several government corporations, as well as on the boards of the England-Israel and Singapore-Israel Industrial Research & Development Foundations. He holds a BA in Economics and Political Science, and an MA in Economics, both from the Hebrew University of Jerusalem. As a Senior Fellow, his research is entitled How Israel can promote minorities and address growing inequality. His faculty sponsor is Tarek Masoud, Sultan of Oman Professor of International Relations at Harvard Kennedy School.