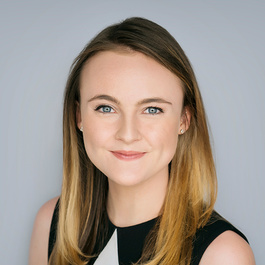 Amy Robinson is a joint MPP and JD 2022 candidate at the Harvard Kennedy School and Harvard Law School. She received her BA in English summa cum laude from Harvard University in 2015. During the following three years, Amy worked as the Communications Manager at the Schools, Health & Libraries Broadband (SHLB) Coalition, an advocacy nonprofit funded by the Bill & Melinda Gates Foundation. While with the SHLB Coalition, Amy founded and directed the Advocacy Committee as well as worked closely with schools, libraries, and health providers across the country. These interactions have fueled Amy’s interest in telecommunications, digital inclusion, and community broadband as well as her aspirations to continue a federal public service career. While in school, Amy has interned at the National Telecommunications and Information Administration in the Commerce Department as well as in Commissioner Geoffrey Starks office at the Federal Communications Commission. Due to her academic achievements and public service, Amy has been recognized as a member of Phi Beta Kappa, a John Harvard scholar, and a recipient of the Carl & Lilly Pforzheimer Fellowship.