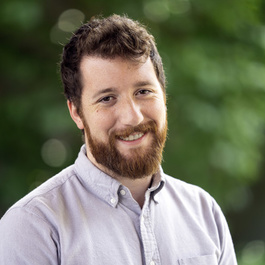 Andrew Facini is former Publishing Manager for the Belfer Center for Science and International Affairs. His specialties at the Belfer Center included producing academic works for print and digital publication, designing printed collateral for in-house and external communications, and managing the Center’s brand.

Andrew earned his bachelor’s in international relations from Boston University in 2010. While at BU, he was editorial editor for BU’s independent newspaper, The Daily Free Press, and served as the founding editor-in-chief of The International Relations Review, an academic publication of news and analysis that has grown to become BU’s premier undergraduate journal.

In 2018, Andrew earned his master’s in international relations from Harvard Extension School, where he focused on nuclear weapons policy and nonproliferation issues. His thesis, “Restraint by Design: The Ideological Origins of ‘Minimum Deterrence’ in China’s Nuclear Weapons Program” explores a unique dimension of Mao Zedong's ideology and the long-lasting normative influence those beliefs had on China's future policy choices.

Active in the field of nuclear weapons education, Andrew serves as teaching assistant for various graduate classes in Harvard's nuclear deterrence certificate program and gives frequent lectures on technology, history, and cultural issues. He has been published on nuclear issues in many news outlets and has spoken on BBC World Service. He is a former fellow in the NSquare Innovators Network.