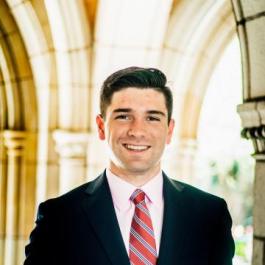 Andrew Sady-Kennedy is currently pursuing his Master’s in Public Policy at the Harvard Kennedy School, where he concentrates in international and global affairs, with specific emphasis on U.S. foreign policy in Latin America and Europe. Prior to HKS, Andrew received his B.A. in Global Affairs from Yale University’s Jackson Institute. In conjunction with his studies, Andrew has spent two summers with the U.S. Department of State, working at both Embassy Rome and Consulate General Barcelona in the economic and political sections of each post respectively. Most recently, Andrew spent time as a research assistant for the Cyber Project at the Belfer Center, where he focused on improvements to American cyber defense efforts between the public and private sectors. During the summer, Andrew will transition to research assistant positions with the Intelligence Project at the Belfer Center and the Americas Program at the Center for Strategic and International Studies. After HKS, Andrew hopes to contribute positive change to U.S. foreign policy and diplomatic relations from within the Department of State or the think tank community in Washington, D.C.