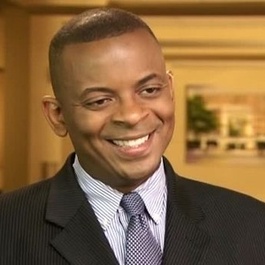 Anthony Foxx has been the Chief Policy Officer and Senior Advisor to the CEO and President of Lyft since October 2018. In this capacity, Foxx serves on Lyft’s Executive Leadership Team and manages all aspects federal, state and local policy development, government relations and public engagement for the company.

Foxx is also a former U.S. Secretary of Transportation and the former Mayor of Charlotte, North Carolina.  After a rare 100-0 confirmation vote, Foxx helped to forge bipartisan cooperation resulting in the first long-term transportation bill, the FAST Act, in more than a decade.  He worked to establish an aggressive embrace of new technologies to raise safety standards and improve system performance, resulting in the most comprehensive national autonomous vehicle guidance in the world and the first commercial drone regulations from the FAA.  Foxx led a White House Initiative to build a public private partnership center within the U.S. Department of Transportation now known as the Build America Bureau, building new early stage project finance tools, consolidating innovative financing programs across the department and streamlining permitting requirements on large-scale projects.

As mayor, Foxx worked to restore the solvency of the public safety pay plan, a budget hole that threatened the AAA-bond rating of the city.  He led efforts to transition Workforce Development Board job training activities to a demand-driven model, expanded city support for small businesses and entrepreneurs and pushed forward the largest bond package in the history of Charlotte, investing in transportation and neighborhood improvement projects.

Prior to serving in elected office, Foxx worked as an associate litigation attorney at Hunton & Williams LLP from 2001-2009.  As a lawyer, Foxx represented multinational corporations, including Bank of America, Duke Energy and Wells Fargo.

Foxx was born on April 30, 1971, in Charlotte, North Carolina. Foxx earned a B.A. in History at Davidson College in 1993, where he was the first African-American student body president, and a law degree at New York University School of Law in 1996. Foxx clerked for U.S. Court of Appeals for the Sixth Circuit Judge Nathaniel R. Jones, Jr.

Foxx and his wife, Samara, have two children, Hillary and Zachary.