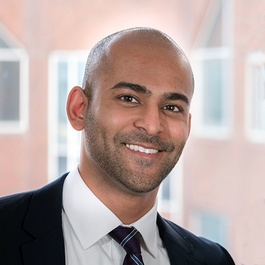 Hailing from Prairie Village, Kansas, Aroop Mukharji received his Ph.D. in Public Policy from Harvard Kennedy School, where he was an Ernest May Fellow in History and Policy. His research centers on the foreign policy of Presidents William McKinley and Theodore Roosevelt and his dissertation asks the question: why did the United States become a "great power" at the turn of the century? He is currently a postdoctoral fellow at the Center for Strategic Studies at the Fletcher School of Law and Diplomacy.

While at the Kennedy School, Aroop hosted two podcasts/video series on policy, Snack Break (a solo project) and Office Hours (with the Belfer Center). He has recorded 75 episodes to date and his guests have included Ban Ki-moon, Avril Haines, Erica Chenoweth, Jim Clapper, Joe Nye, Steve Walt, Kathryn Sikkink, Elizabeth Sherwood-Randall, and Ehud Barak. Aroop received his B.A. in Mathematics and Political Science magna cum laude and phi beta kappa from Williams College, after which he was a Junior Fellow at the Carnegie Endowment for International Peace. He then received an M.Sc. in International Relations from the London School of Economics and an M.A. in International Peace and Security from King’s College London, both as a Marshall Scholar. His writing has appeared in War on the Rocks, the Washington Post, the New Republic, the Atlantic, and the National Interest.