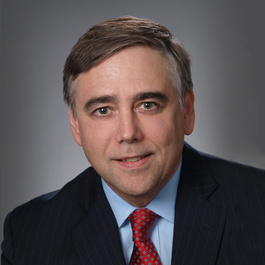 Bernard Hudson is a non-resident Fellow at the Belfer Center where he supports the Intelligence Project.

Mr. Hudson is the President of Looking Glass Limited which specializes in drone technology, business applications and equity investing in the same.

Prior to joining the private sector Mr. Hudson served for 28 years as an operations officer in the Central Intelligence Agency.  His final position was as Chief of Counterterrorism where he directed all aspects of CIA's global war on terrorism and is a recognized expert on international negotiation, strategic development, crisis management, risk assessment and the Middle East.   He served multiple assignments abroad, including three in key leadership positions.   During his career he received the National Intelligence Medal of Valor, the Director of CIA’s Award for Excellence, the Intelligence Medal of Merit and the Intelligence Collector of the Year.   Mr. Hudson is a US Army veteran.