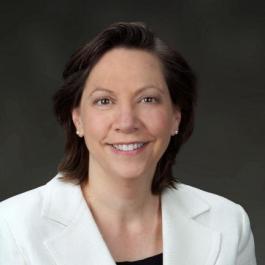 Beth Sanner was named a Senior Fellow with the Belfer Center's Intelligence Project in January 2022.

Sanner was the Deputy Director of National Intelligence for Mission Integration from April 2019 to March 2021 where she oversaw the elements that coordinate and lead collection, analysis, and program oversight throughout the Intelligence Community. In this role she also served as the President’s intelligence briefer. Previous to this assignment, she served for two years as the Director of the President’s Daily Brief and nearly three years as Counselor and Vice Chair of the National Intelligence Council.  Sanner is now a Professor of Practice at the University of Maryland's Applied Research Lab for Intelligence Security and consults geopolitical risks and opportunities.

Widely recognized for her influence on national intelligence strategy and policy, Sanner received the Presidential Rank Award—the highest honor granted to civil servants—in 2021 and is the recipient of the highest Intelligence Community award, the Distinguished Intelligence Service Medal.

For 35 years, Sanner has served in a wide range of leadership, staff, policy, and analytic positions in the Office of the Director of National Intelligence, the Central Intelligence Agency, the National Security Council, and the U.S. Department of State. She held several senior leadership positions in CIA’s Directorate of Analysis, including leading the analytic effort on South Asia and serving as the deputy for analysis for Russian and European affairs. She also held analytic leadership roles for the Balkans, Central Europe, and Southeast Asia. Sanner was the Director of the Career Analyst Program, the training program for all new CIA analysts.

Sanner is a Distinguished Graduate of the National War College, earning a Master of Science in National Security Strategy. She has a B.A. in Economics and International Affairs from The American University.