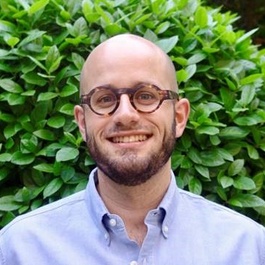 Chagai M. Weiss is a pre-doctoral research fellow with the Middle East Initiative at the Belfer Center for Science and International Affairs for the 2021-2022 academic year.  He is a PhD candidate at the department of Political Science at the University of Wisconsin, Madison, where he is also a research affiliate of the Election Research Center.

His interests lie at the intersection of ethnic politics, political psychology, and intergroup conflict, with a regional focus on the Middle East. In his research, Weiss employs methods of causal inference to understand how minority representation within state institutions shapes intergroup relations in divided societies. He is also working on several projects examining the electoral effects of conflict, the consequences of segregation for intergroup relations, the institutional origins of polarization, and the empirical implications of abstraction and detail in experimental design. His research has been published by Governance, and Political Geography, and has received several awards including the Morris Abrams Award in International Relations. Weiss received a B.A. (Cum Laude) in Political Science and Middle Eastern Studies from the Hebrew University in 2016.