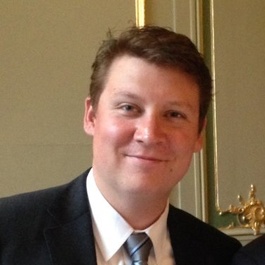 Charley Snyder is an affiliate of the Cyber Security Project. Charley recently concluded several years of service in the Office of the Secretary of Defense (OSD), U.S. Department of Defense. Most recently he was Deputy Director of Strategic Cyber Defense and Capabilities, where he developed strategy and policies to counter foreign cyber threats and protect U.S. networks. Charley also focused on modernizing the Department’s information security technologies, culture and processes, and was responsible for the Hack the Pentagon Bug Bounty Pilot and the DoD Vulnerability Disclosure Program.

Previously, he served as professional staff member in the U.S. Congress working on cybersecurity and counterterrorism issues. Charley has a B.S. from Cornell University and an M.A. in Security Studies from Georgetown University.  He is a recipient of the OSD Medal for Exceptional Civilian Service and was a SANS Institute Difference Maker in 2016.