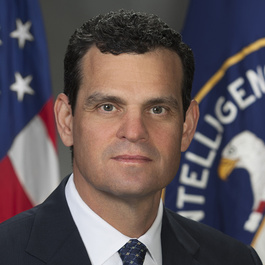 David S. Cohen is a former non-resident Senior Fellow with the Belfer Center's Intelligence Project. He was previously Deputy Director of the Central Intelligence Agency, where he served as the Agency's second-in-command from 2015-2017 and helped oversee all CIA operations. He served previously as Under Secretary for Terrorism and Financial Intelligence in the U.S. Department of the Treasury.

As Deputy Director of the CIA, Cohen handled foreign intelligence collection, all-source analysis, covert action, counterintelligence, and liaison relationships, and assisted in managing the CIA’s domestic and worldwide operations. As Under Secretary at the Treasury, he directed the Treasury Department’s policy, enforcement, regulatory, and intelligence functions aimed at identifying and disrupting financial support to nations, organizations, and individuals posing a threat to U.S. national security. Previously, he was the Treasury’s Assistant Secretary for Terrorist Financing, overseeing counterterrorist financing and anti-money laundering policy efforts.

Prior to joining the Treasury Department in 2009, Cohen practiced law in Washington, D.C. for almost 20 years. Earlier in his career, he worked in the Treasury’s General Counsel’s office and clerked for a federal trial court judge.