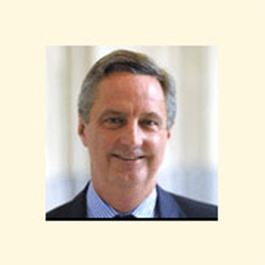 David Shambaugh is Professor of Political Science and International Affairs, Director of The China Policy Program in the Elliott School of International Affairs at The George Washington University (1996-present), and Nonresident Senior Fellow in the Foreign Policy Studies Program at The Brookings Institution (1998-present).

Before joining the faculty at George Washington, he taught for eight years at the University of London'sSchool of Orientaland African Studies, where he also served as Editor of the China Quarterly from 1991-96. He also served as Acting Director of the Asia Program at theWoodrow Wilson International Center for Scholars (1987-1988), and as an analyst in the Department of State Bureau of Intelligence and Research (1976-77), and the National Security Council staff (1977-78).

Professor Shambaugh received his Ph.D. in Political Science from the Universityof Michigan, and M.A. in International Affairs from Johns Hopkins University School of Advanced International Studies (SAIS), and B.A. in East Asian Studies from The Elliott School of International Affairs at George Washington University. He has been a visiting scholar at numerous institutions inChina, Hong Kong, Taiwan,Germany, Russia,Japan, and the United States. Most recently, he was selected as a 2002-2003 Fellow at the Woodrow Wilson International Center for Scholars.

Professor Shambaugh has held a number of consultancies, including The U.S. Department of Defense, The Ford Foundation, The Rockefeller Foundation, United StatesInformation Agency, Rand Corporation, The Asia Society, The Library of Congress, Microsoft Corporation, Deutche Bank, and American Express. He serves on several editorial boards and is a member of the International Institute of Strategic Studies, National Committee on U.S. China Relations, the World Economic Forum, The Council on Foreign Relations, the Committee on Security Cooperation in the Asia Pacific, The Asia Society, Association for Asian Studies, and Pacific Council on International Policy.