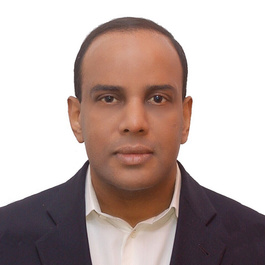 Derwin Pereira, Founder and CEO of Pereira International, was an award-winning journalist at The Straits Times Singapore, rising to the position of Bureau Chief in Indonesia, then subsequently the United States. Some of the key personalities worldwide he has interviewed include all Indonesian presidents since the fall of Suharto, former U.S. President George W Bush and former U.S. Secretary of State Condoleezza Rice.

Known for his ability to build contacts in the highest places, Derwin’s insight on regional affairs has been sought by Asian leaders, especially those in Indonesia. During his time as the Straits Times Indonesia Bureau Chief, Derwin established deep access and built strong contacts with the political and business elite in Jakarta. He maintains these relationships to this day, allowing him to stay up to date on policy matters and giving him exclusive access to vital information.

Derwin, who holds a bachelor’s degree from the London School of Economics and Political Science and a Masters in Public Administration from the John F. Kennedy School of Government at Harvard, currently specialises in strategic communications and business consultancy in Southeast Asia, with particular focus on Indonesia. He provides his clients – which range from individuals looking to enter politics, to corporations seeking to gain a foothold in a new market – with specialised advice and consultancy.  Apart from researching and publishing papers on new market trends and political developments, Derwin is also at the forefront of Indonesia-related programmes such as The Derwin Pereira Indonesia Initiative at the Washington-based Center for Strategic and International Studies. He is also currently a member of the Advisory Board for the Sumitro Chair for Southeast Asia Studies, Center for Strategic and International Studies, a member of the Dean’s Council at Harvard University, and an International Council Member of the Belfer Center for Science and International Affairs, also at Harvard University.

For further information about Derwin Pereira and Pereira International: www.pereiraintl.com