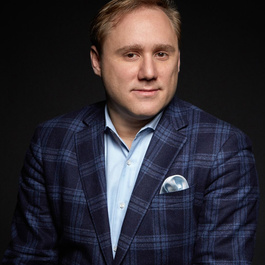 Dmitri Alperovitch is the Co-Founder and CTO of CrowdStrike Inc., a leading provider of next- generation endpoint security, threat intelligence and incident response services. A renowned computer security visionary, he is a thought-leader on cybersecurity strategy and state tradecraft. In 2016, Alperovitch revealed Russian intelligence agencies' hacking of the Democratic National Committee (DNC), events which unveiled the full scope of cyber influence operations being launched against the 2016 US Election. In 2010 and 2011, he led the global team that investigated and brought to light Operation Aurora, Night Dragon and Shady RAT groundbreaking Chinese cyberespionage intrusions, and gave those incidents their names. Fortune Magazine named Alperovitch as one of “40 Under 40” most influential young people in business and Politico Magazine featured him as one of “Politico 50” influential thinkers, doers and visionaries transforming American politics.