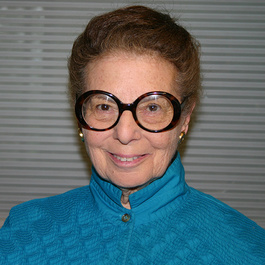 Dorothy Shore Zinberg passed away on April 14, 2020.  For remembrances of her life and numerous contributions to Harvard and to science and society, see Remembering Dorothy Zinberg.

Dorothy Zinberg was an Associate at the Belfer Center for Science and International Affairs at the Harvard Kennedy School. A founding member of the Belfer Center, she taught "Issues in Science, Technology and Public Policy" at HKS and "Law, Technology, and Society" at Harvard Law School. Her research focused on several aspects of international science and technology: industry, university, and government arrangements as a function of the increasing commercialization of science; the changes in universities and industry brought about by the Information Technologies; and Human Resources—the education and career development of scientists and engineers. She carried out extensive research on the training and employment of foreign scientists and engineers internationally.

Zinberg served on the National Academy of Sciences committee to evaluate the expenditure of Nunn-Lugar funds to aid in the denuclearization of the former Soviet Union. Dr. Zinberg served in advisory positions on the Board of International Scientific Exchanges at the National Academy of Sciences (NAS), on the American Association for the Advancement of Science (AAAS) Committee on Science and Social Responsibility, and on the National Science Foundation (NSF) Program on Ethical and Human Value Implications of Science (EVIST). In addition, Dr. Zinberg was a chairperson of the Advisory Committee to the International Division of the NSF and a member of the NAS Commission for International Relations. She was also a member of numerous committees and panels: the AAAS Committee on Science, Engineering, and Public Policy (COSEPP); the Office of Technology Assessment's Advisory Panel: Sustaining the National Technological Base; the Committee on the International Exchange and Movement of Engineers at the National Academy of Engineering; and the Council of the Federation of American Scientists. Dr. Zinberg served as a consultant to the Chase Manhattan Bank, the MITRE corporation, and also to the MacArthur, Carnegie, Sloane, and Ford Foundations. She was a Distinguished Fellow of the Aspen Institute, a member of the International Council for Science Policy Studies, the International Institute for Strategic Studies, and the Council on Foreign Relations.

Dr. Zinberg was the editor and a contributing author of Uncertain Power: The Struggle for a National Energy Policy (Pergamon 1983). She also was the editor and contributing author of The Changing University: How Increased Demand for Scientists and Technology Is Transforming Academic Institutions Internationally (Kluwer 1991). Her work has been published in American Scientist, Nature, Scientific American, and many other journals and books. Her most recent publications include: "The Missing Link? Nuclear Proliferation and the International Mobility of Russian Nuclear Experts," UNIDIR, 1995); "Brain Drain, Brain Bank, and Brain Wall: The International Mobility of Former Soviet Union Scientists, Engineers, and Technologists," (OECD 1994); and "Putting People First: Education, Jobs, and Economic Competitiveness" in Empowering Technology: Implementing a U.S. Strategy ed. Lewis M. Branscomb (MIT Press 1993). Dr. Zinberg wrote a monthly column, "World View", for The Times (London) Higher Education Supplement which was also published by the N.Y. Times Syndicate: New America News Service.