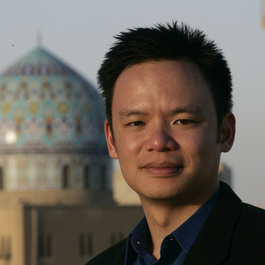 Edward Wong is a diplomatic correspondent at The New York Times. He reported for 13 years from China and Iraq for the Times and was most recently Beijing Bureau Chief. He was the longest-serving Times correspondent in the Beijing Bureau, having reported from there for nine years starting in 2008. He taught at Princeton University in 2017 as a Ferris Professor of Journalism and was a Nieman Fellow at Harvard from 2017 to 2018.

While in China, Edward reported on a wide range of subjects, from foreign policy to elite politics to economic and environmental issues. He filed dispatches from across Asia, including from Afghanistan, North Korea and Myanmar. Before his China assignment, he worked as a correspondent in the Baghdad Bureau, where he covered the Iraq War from 2003 to 2007. He joined the Times in 1999 and reported for four years in New York on the business, metro and sports desks.

Edward has spoken on PBS NewsHour, NPR, BBC, CBC and ARTE, and appeared in documentary films by Laura Poitras and Vanessa Hope, as well as produced his own short film on China. He has given talks on journalism, war and foreign policy at American universities. Prior to working for the Times, Edward published articles in The Los Angeles Times, San Francisco Chronicle and Wired magazine, among other outlets.

Edward received the Livingston Award for his coverage of the Iraq War and was on a team from the Times’ Baghdad Bureau that was a finalist for the Pulitzer Prize in international reporting. He received a prize for environmental reporting from The Society of Publishers in Asia for stories on China’s pollution crisis and shared a prize in feature writing from the same organization for a series on China’s global influence. He was on the Times team that received an award for best documentary project from Pictures of the Year International for a series on global climate change migrants. The project was also nominated for an Emmy Award. He has a prize from the Associated Press Sports Editors.

Edward graduated with honors from the University of Virginia with a Bachelor’s degree in English literature. He has dual Master’s degrees in journalism and international studies from the University of California at Berkeley. He has studied Mandarin Chinese at the Beijing Language and Culture University, Taiwan University and Middlebury College. He was born in Washington, D.C., and grew up in Alexandria, Va.

For Edward Wong’s writings for The New York Times, see this Times site.