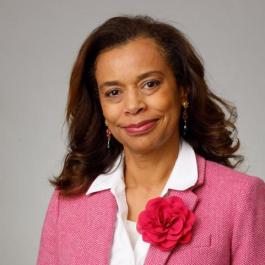 Former Vice-Minister of Foreign Affairs of Costa Rica (2000-2002); and Ambassador, Permanent Representative of Costa Rica to the United Nations and other international organizations in Geneva (2014-2020), under which condition in 2017 she presided over the United Nations Conference that negotiated and adopted the Treaty on the Prohibition of Nuclear Weapons (TPNW). I led other global negotiation processes to fill legal or cooperation gaps in the fields of human rights, and global health at the World Health Organization (2015-2018) where we led the adoption of a new cooperation framework to address the neglected problem of snakebite envenoming in tropical areas of the world (adopted as resolution Global Burden of Snakebite envenoming by the World Health Assembly in 2018). Served in different leadership positions in security and disarmament treaty-regimes.

Currently an Adjunct Professor at the International Law Department of the University for Peace- United Nations mandated and led the Study Group “The challenges of negotiating for humanity in the XXI century”, at the Belfer Center for Science and International Affairs, Harvard Kennedy School of Government, in the Fall of 2022.

With a Master’s Degree in International Policy Studies from the Middlebury Institute of International Studies at Monterey, California, Elayne Whyte received a Doctor in Humane Letters Honoris Causa by her Alma Mater in 2018; serves at the International Board of Advisors of the Middlebury Institute and of the James Martin Center for Non Proliferation (CNS) and at the Academic Board of the Central American Report on Sustainable Human Development. She has received several awards for her work in the Presidency of the United Nations conference that negotiated the Treaty on the Prohibition of nuclear weapons.