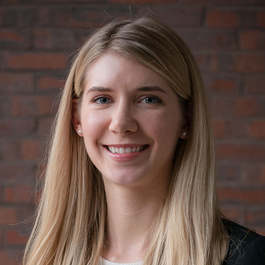 Eleanor Freund is a 2017-2018 Associate at the Harvard Kennedy School’s Belfer Center for Science and International Affairs. Her research focuses on U.S.-China relations, Chinese foreign policy, and Asia-Pacific security issues. From 2015 to 2017, she was a Research Assistant at the Belfer Center. She is currently a Schwarzman Scholar at Tsinghua University in Beijing, China, and will begin a Ph.D. in Political Science at the Massachusetts Institute of Technology in August 2018.

Prior to joining the Belfer Center, Eleanor was a Junior Fellow at the Carnegie Endowment for International Peace in Washington, D.C. and a student at the Inter-University Program for Chinese Language Studies at Tsinghua University in Beijing. She earned a B.A. in political science, with highest honors, from the University of California, Berkeley in 2013.