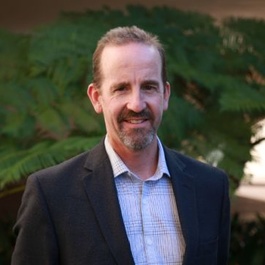 Frank Doyle is the John A. Paulson Dean of the Paulson School of Engineering and Applied Sciences at Harvard University, where he also is the John A. & Elizabeth S. Armstrong Professor. Prior to that he was the Mellichamp Professor at UC Santa Barbara, where he was the Chair of the Department of Chemical Engineering, the Director of the UCSB/MIT/Caltech Institute for Collaborative Biotechnologies, and the Associate Dean for Research in the College of Engineering. He received a B.S.E. degree from Princeton, C.P.G.S. from Cambridge, and Ph.D. from Caltech, all in Chemical Engineering. He has also held faculty appointments at Purdue University and the University of Delaware, and held visiting positions at DuPont, Weyerhaeuser, and Stuttgart University. He has been recognized as a Fellow of multiple professional organizations including: IEEE, IFAC, AIMBE, and the AAAS. He was the President for the IEEE Control Systems Society in 2015, and is the Vice President of the International Federation of Automatic Control. In 2005, he was awarded the Computing in Chemical Engineering Award from the AIChE for his innovative work in systems biology, and in 2015 received the Control Engineering Practice Award from the American Automatic Control Council for his development of the artificial pancreas. In 2016, he was inducted as a Fellow into the National Academy of Medicine for his work on biomedical control. His research interests are in systems biology, network science, modeling and analysis of circadian rhythms, and drug delivery for diabetes.