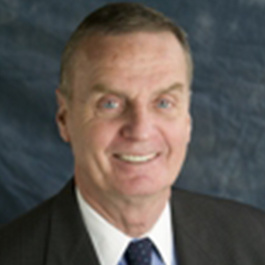 General (Ret.) James L. Jones is President and CEO of the U.S. Chamber Institute for 21st Century Energy.  He is responsible for executing the Institute's strategic mission of uniting energy consumers and producers in a common cause-to expand America's supply of affordable, clean and secure energy for our economy, to protect our environment, and to provide for our national security.

During 40 years of active duty service in the United States Marine Corps, James L. Jones rose to the rank of four-star general.  His final two assignments called on him to return to command, at the strategic level, when he served successively as 32nd Commandant of the Marine Corps, followed by a tour of duty as Supreme Allied Commander, Europe, and Commander, U.S. European Command.

General Jones is a decorated combat veteran who has worked closely with government, business, and civic leaders in an effort to protect and advance U.S. and allied interests around the world.  During his final assignment, he helped the North Atlantic Treaty Organization organize discussions on energy issues and the defense of critical infrastructures, and he worked to advocate energy security as a core part of NATO’s future missions.

General Jones was awarded a Bachelor of Science degree (1966) and an Honorary Doctorate of Letters (2002) from Georgetown University.  In June 1985, he graduated from the National War College in Washington, DC.

His personal decorations include the Defense Distinguished Service Medal with two oak leaf clusters, the Silver Star Medal, the Legion of Merit with four gold stars, the Bronze Star Medal with Combat “V,” and the Combat Action Ribbon.

General Jones and his wife, Diane, reside in McLean, Virginia, and have four children and seven grandchildren.