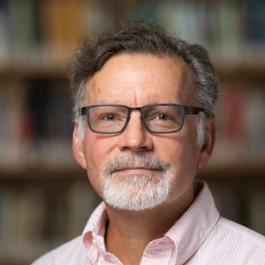 Ivan Arreguín-Toft is an Associate in the International Security Program at the Harvard Kennedy School's Belfer Center for Science & International Affairs. He turned his University of Chicago Ph.D. dissertation—"Arts of Darkness: Guerrilla Warfare and Barbarism in Asymmetric Conflict"—into the seminal text on asymmetric conflict theory—How the Weak Win Wars: A Theory of Asymmetric Conflict (Cambridge University Press, 2005) while a fellow in the International Security Program.

He has served most recently as Director of the Security Track of the International and Public Affairs concentration at Brown University's Watson Institute for International and Public Affairs (2019–2022), as well as Fellow, Oxford Martin School, and Associate Director, Dimension 1 (Cyber Security Policy and Defense), Global Cybersecurity Capacity Building Centre, University of Oxford (2012–2019), and Departmental Lecturer in the Masters of Public Policy Program at the University of Oxford's Blavatnik School of Government (2012–2015). He is a Fulbright Scholar (Norway, 2012–2013) and veteran of the U.S. Army, where he served as a signals intelligence professional in Augsburg, Federal Republic of Germany from 1985–1987.

Professor Arreguin-Toft’s research agenda continues to focus on conflicts of interest between actors coming to a fight with radically mis-matched power. His early work on insurgency and counterinsurgency and interstate asymmetric conflicts has been followed by work on gender and war, as well as cybersecurity strategy and policy (his recent essay for The National Interest focuses on the individual and interstate security implications of data privacy). His current research agenda is situated at the intersection of international humanitarian law (the laws of armed conflict) and international security; and focuses on a critical empirical question: what actually happens when a political actor deliberately or systematically harms noncombatants in war or military occupation; a strategy Arreguin-Toft calls "barbarism"? His preliminary answer (the manuscript is currently under revise and resubmit at Cambridge University Press) is that while barbarism rarely decreases the short-term costs of achieving a political or military objective, the conditions under which it does so have declined over time, and continue to decline today. Instead, barbarism generally increases the costs of achieving a political or military objective. That finding supports, for the first time, an interest-based argument for compliance with the laws of war regarding noncombatant immunity.