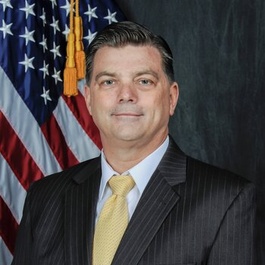 Jack Kiesler most recently was the Chief, Supply Chain Risk Management at US Cyber Command on Joint Duty Assignment from the Defense Intelligence Agency.  His assignment at USCYBERCOM is to design and build a SCRM program to support full spectrum risk management in protection from threats to the Commands mission critical technologies.  In 1987, Jack began his career upon graduation from the Air Force Academy.   He served as a counterintelligence (CI) professional in the Air Force Office of Special Investigations as a special agent conducting CI collections, investigations and operations at all levels within the Command.

He retired with 20 years as an LtCol with several deployments (Bosnia, Middle East) and two remote assignments (Philippines, S. Korea).  He commanded several units at Combatant Commands, projecting CI support to the warfighter, with a specialty in leveraging technologies in support of the Commands’ mission.  In 2008, Jack began at DIA as a Division Chief, Cyber Counterintelligence and Insider Threat.  He then was assigned to the Office of the Director of National Intelligence as the National CI Officer for Cyber and later assigned to consult at the National Insider Threat Task Force.  He later provided support to the signature reduction community as the Chief, Acquisition Risk Task Force, combating SCRM threats.  Jack completed both Air War College as well as his Master’s in Public Administration from the University of West Florida.