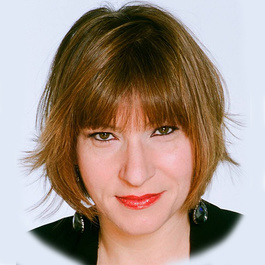 Hazelton came to the Belfer Center from the Naval War College where she was an Associate Professor in the Department of Strategy and Policy. At the Naval War College, Hazelton taught strategy and policy to U.S. and international military officers and their civilian equivalents. Her courses for officers focused on understanding the political effects of military force and how to translate military strategy into desired policy outcomes.

Prior to her faculty appointment at the Naval War College, Hazelton was a Visiting Assistant Professor in the Department of Political Science at the University of Rochester and a research fellow with the Belfer Center's International Security Program. Earlier experience included a stint as an international journalist with the Associated Press where she analyzed and reported on world events from Tokyo to Kabul and covered U.S. news as well. She received her M.A. from the University of Chicago and Ph.D. from Brandeis University's Department of Politics. She is an affiliate of Stanford's Center for International Security and Cooperation.

In Bullets Not Ballots, Jacqueline L. Hazelton challenges the claim that winning "hearts and minds" is critical to successful counterinsurgency campaigns. Good governance, this conventional wisdom holds, gains the besieged government popular support, denies support to the insurgency, and enables military and political victory. Hazelton argues that major counterinsurgent successes since World War II have resulted not through democratic reforms but rather through the use of military force against civilians and the co-optation of rival elites.

The “Hearts and Minds” Fallacy: Violence, Coercion, and Success in Counterinsurgency Warfare

U.S counterinsurgency doctrine assumes that states must make liberalizing reforms that will defeat insurgencies by winning the “hearts and minds” of the population.