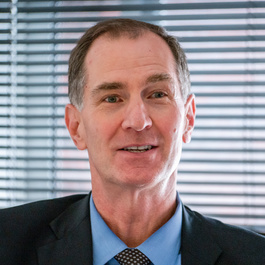 Dr. James N. Miller is a Senior Fellow at the Belfer Center, where he leads a project on preventing war among great powers.

Prior to his appointment at the Center in October 2014, he worked as Under Secretary of Defense for Policy, advising Secretaries Leon Panetta and Chuck Hagel on strategy, policy, and operations, and serving as the department’s deputy for National Security Council policy-making and crisis management. Miller served previously as Principal Deputy Under Secretary of Defense for Policy under Secretary Robert Gates, guiding reviews of nuclear policy and missile defense, and leading national defense strategies for space and cyberspace. He was awarded the Department of Defense’s highest civilian award, the Medal for Distinguished Public Service, four times.

Miller served previously in government as Deputy Assistant Secretary of Defense and as senior staff for the House Armed Services Committee. He also served as Senior Vice President and Director of Studies at the Center for a New American Security, Senior Vice President at Hicks and Associates, Inc., and assistant professor at Duke University. A member of the Council on Foreign Relations and the International Institute for Strategic Studies, Miller is President of Adaptive Strategies, LLC. He serves on the Defense Science Board, the Atlantic Council’s Board of Directors, and the Board of Advisors for the Center for a New American Security.

Miller received a B.A. degree with honors in economics from Stanford University, and Master’s and Ph.D. degrees in public policy from Harvard Kennedy School. He was a research fellow with the Belfer Center’s International Security Program from 1985-88.