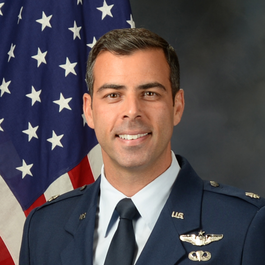 Lt. Col. Jamil Musa is a National Defense Fellow assigned to the International Security Program. His research interests include conflict and conflict resolution, diplomacy, alliances, civil-military relations, applied history, and political theory. Prior to his current position, he served as the commander of the 7th Airlift Squadron at Joint Base Lewis-McChord, Washington. A C-17 instructor and flight examiner, Lt Col Musa has global experience with strategic, tactical, and special operations airlift. He received his commission from the United States Air Force Academy in 2003 where he studied Political Science and Foreign Area Studies. An Olmsted Scholar to Morocco and North Africa/Middle East Foreign Area Officer, he is proficient in Arabic and French and is the first American to graduate from Mohammed V University’s College of Letters and Humanities.