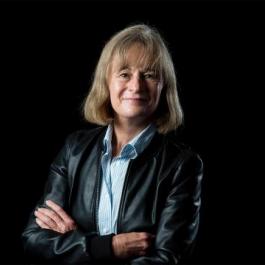 Jane Perlez, a foreign correspondent for The New York Times for more than three decades, was most recently in Beijing for seven years. As bureau chief, she concentrated on Xi Jinping’s challenge to the United States — Belt and Road; the military buildup in the South China Sea; “Made in China 2025;” the Asian Infrastructure Investment Bank and the repression of the Uighurs.

Before China, she was based in Pakistan from 2007-2012, the time of the turbulent and trying relationship with the United States. She was a lead member of the team that won the Pulitzer Prize for international reporting, in 2009, for articles on the rising violence in Pakistan and Afghanistan.

Ms. Perlez began her career as a foreign correspondent in East Africa, where she covered the famine in Somalia and the American military response; the turmoil in Ethiopia; and the civil war in Sudan. She then wrote from Central Europe, Serbia, and Kosovo in the ‘90s. She was the chief diplomatic correspondent in Washington from 1998-2001. After 9/11 she was posted to Indonesia, where she wrote some of the first stories about China’s reach into Southeast Asia.

During a fellowship at the Shorenstein Center, in 2019, Ms. Perlez made a podcast on how Washington misjudged Xi Jinping. She is embarking on the production of a podcast with WBUR, to air on Here and Now, on Nixon’s opening to China 50 years ago, and what that means now for the United States.