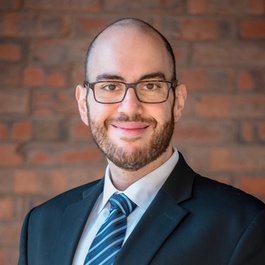 Dr. Jeffrey G. Karam is an associate at the Middle East Initiative and an Assistant Professor of Political Science at the Lebanese American University. As an interdisciplinary and multilingual scholar, his research and teaching spans the subfields of International Relations, International Security, American Foreign Relations, and Middle Eastern Studies. His research focuses on the Politics of Intelligence and National Security, US-Middle East Relations, American Foreign Policy, and Revolutions, Coups, and Wars in the Middle East.

Dr. Karam is the editor of The Middle East in 1958: Reimagining A Revolutionary Year (I.B. Tauris and Bloomsbury, 2020) and is currently finishing his first book on American intelligence and foreign policy in the Middle East. His research has been supported by many organizations including the Andrew W. Mellon Foundation, the Belfer Center of Science and International Affairs, and the Crown Center for Middle East Studies. His research has been published in both academic and public outlets, including Intelligence and National Security, the Arab Studies Journal, The Washington Post, the Daily Star Lebanon, Megaphone, Jadaliyya, and other venues.

Dr. Karam is also the recipient of several awards, including the Christopher Andrew–Michael Handel Prize for the best article published in the peer-reviewed journal Intelligence and National Security during 2017, and the Hussein Oueini Memorial Award at the American University of Beirut. He was previously a Visiting Assistant Professor of International Relations and Middle East Politics at Harvard University’s Division of Continuing Education, a Postdoctoral Research Fellow in the International Security Program at Harvard University’s Belfer Center, and a Visiting Assistant Professor of International Relations at Boston University’s Pardee School of Global Studies. He holds a Ph.D. in Politics from Brandeis University, an M.A. in Politics from the American University of Beirut, and a dual B.A. in International Affairs and Diplomacy from Notre Dame University, Louaize.

Christopher Andrew-Michael Handel Prize for Best Article of 2017 in the journal Intelligence and National Security: "Missing Revolution: The American Intelligence Failure in Iraq, 1958."