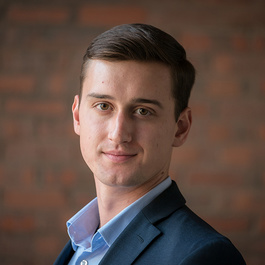 Prior to his work at the Belfer Center, Jesse worked as a Research Analyst at the Military Studies Program and the Institute for Defense and Strategic Studies in Singapore. While there, he represented the Singapore Committee of the Council for Security Cooperation in the Asia-Pacific (CSCAP) at domestic and international Track-II diplomacy meetings alongside the Singapore Chair, Ambassador Ong Keng Yong, former Secretary-General of ASEAN. He also directed the trade and security-related research projects of Ambassador Barry Desker and contributed to forums such as the Trilateral Commission and ASEAN Expert and Eminent Persons Group.

Jesse received a B.A. in International Relations from Santa Clara University, an M.Sc. in Strategic Studies from the S. Rajaratnam School of International Studies in Singapore, and an M.A. in Global Affairs from Tsinghua University in China as a member of the inaugural cohort of Schwarzman Scholars. He was awarded the China Hands “25 under 25: Leaders in US-China Relations” recognition and is a member of the Pacific Forum Young Leaders Program.