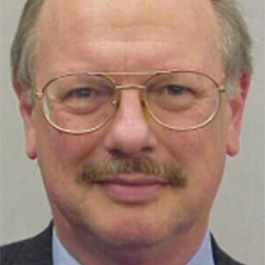 John Carlson is a member of the Asia Pacific Leadership Network for Nuclear Non-Proliferation and Disarmament and Counselor to the Nuclear Threat Initiative (NTI), Washington, D.C.

Other current appointments include the Advisory Council of the International Luxembourg Forum and VERTIC's International Verification Consultants Network.

John was previously Director General of the Australian Safeguards and Non-Proliferation Office, a statutory position which he held from 1989–2010. He retired from Australian Government service in October 2010, after forty-six years, including thirty-four years in the Senior Executive Service. Other appointments included Chairman of the International Atomic Energy Agency's Standing Advisory Group on Safeguards Implementation (SAGSI) 2001–2006; member of the Advisory Board of the International Commission on Nuclear Non-Proliferation and Disarmament (which reported in 2009); and founding Chair of the Asia-Pacific Safeguards Network, 2009–2012.

John is a Fellow of the Institute of Nuclear Materials Management, and recipient of the Institute’s Distinguished Service Award. In June 2012 he received the national award of Member of the Order of Australia (A.M.) “for service to public administration, particularly in the areas of nuclear non­proliferation and disarmament, and to the development of international safeguards policy.”